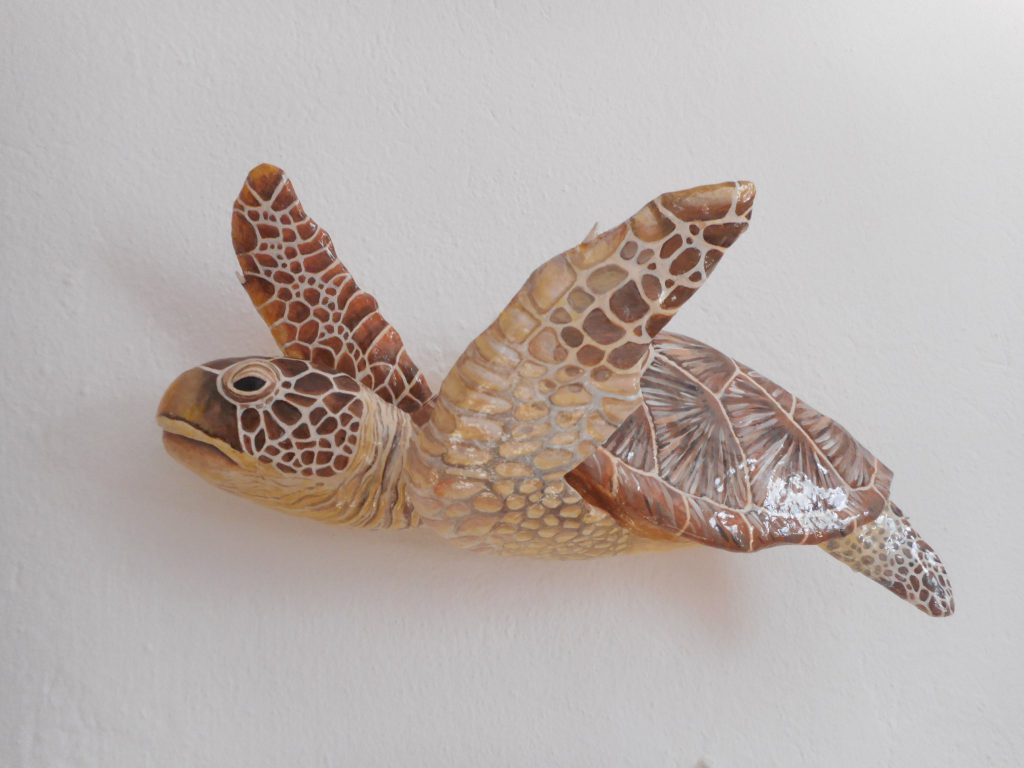 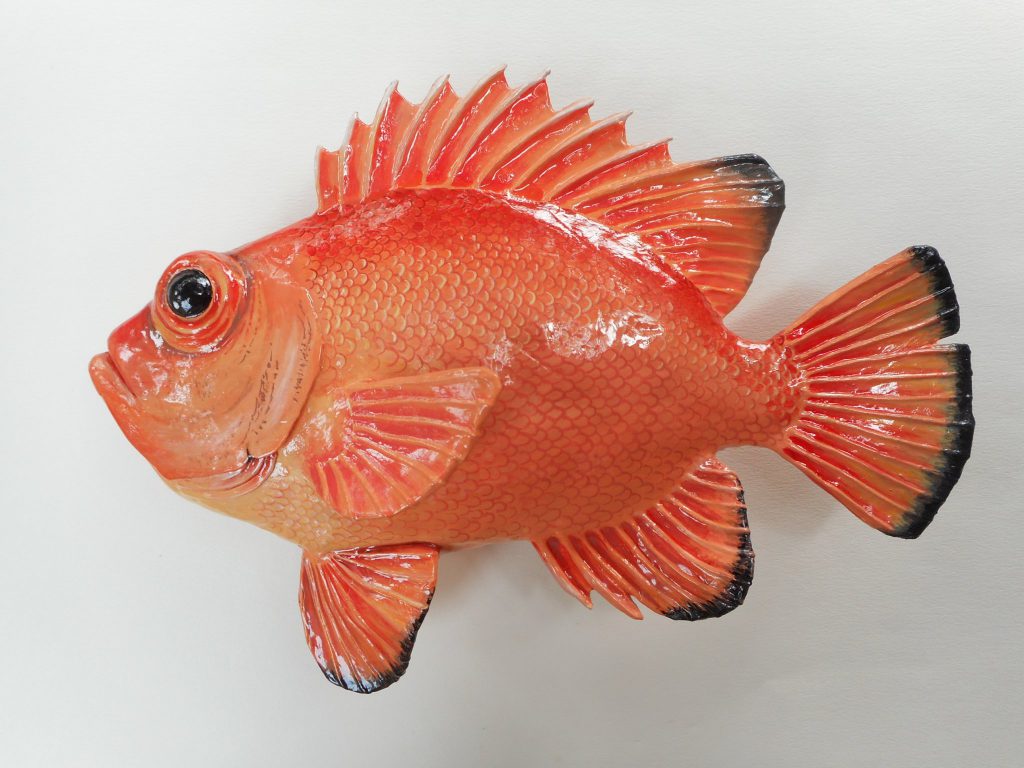 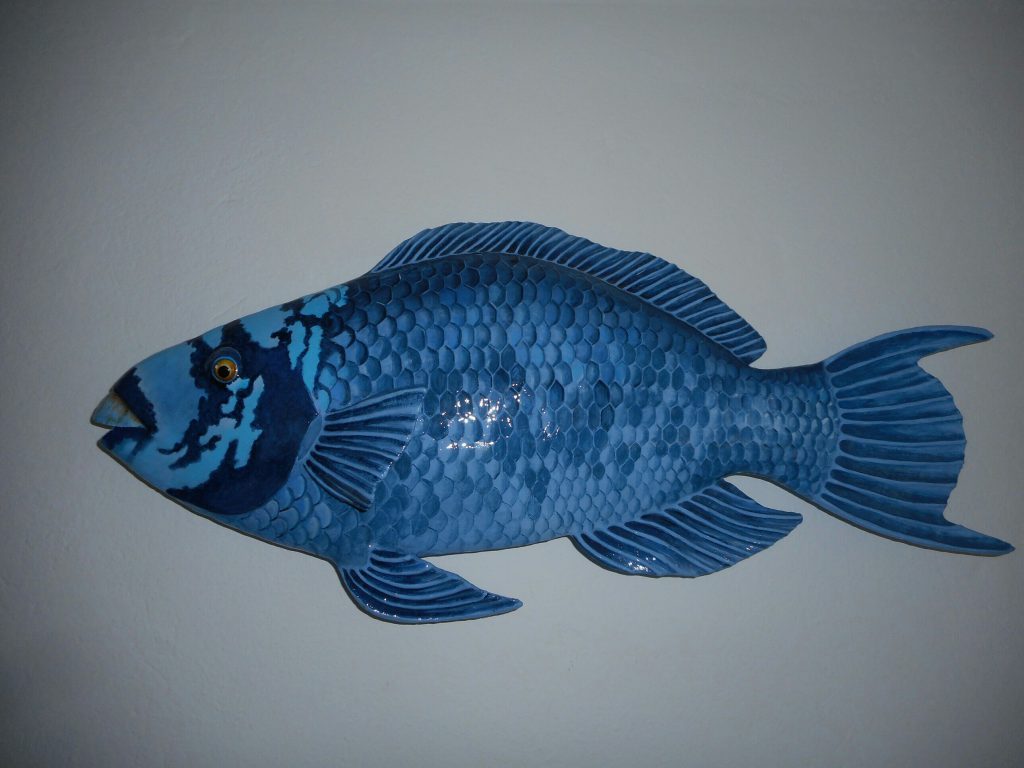 I have been making my papier mâché marine sculptures since 2000, and have been working on the RRIV collection for about two years.  I am showing 24 new pieces, 16 of which are first editions.  Also being shown are five of my favorite pieces from previous shows and commissions.

Reef Roamers began as a hobby in October of 2000, after attending a workshop on the basics of papier mâché, where I made a sergeant major.  With encouragement from my colleagues and family, my hobby quickly took on a life of its own, and I held my first solo exhibition, Reef Roamers, in 2002, the year after I retired, followed in 2003 by Reef Roamers II.

From 2003 until 2013 I was busy with commissions for my fish sculptures, and was also pursuing my interest in botanical portraits in watercolour  and coloured pencil. In 2013 I felt ready for another solo, and I worked towards this goal for the next two years, with Reef Roamers III opening in October of 2015.  This show was a very exciting and inspiring success, and I decided soon after to work towards Reef Roamers IV in 2018.  After 18 years of striving to make my fish as true to life as possible, it was very liberating and enjoyable to create Muriel, my first mermaid, which is purely a creature of my imagination, first conceived during lengthy conversations with my mother Muriel Gauntlett about 15 years ago.

I have recently made the decision to make RR IV my last solo exhibition, but will continue to create my sculptures on commission and take part in group shows from time to time. I have made 250 sea creatures to date, and I am at a point where I want to try new things. I would like to further explore the fantasy theme as well as experiment with larger groups of schooling fish, and pursue my interest in botanical art.

Back to Main Gallery