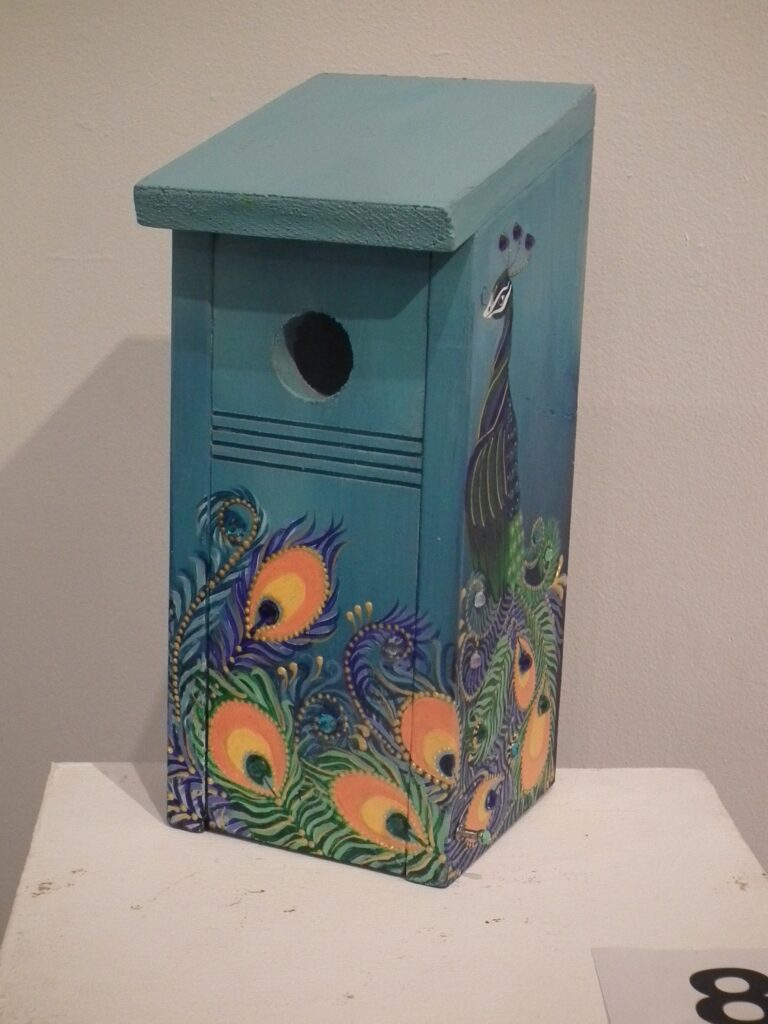 This exhibition will consists of decorated bluebird boxes by various artists.

The Bermuda bluebird is a member of the thrush family and Bermuda is the only place outside of the eastern half of North America where it has ever been known to breed.

Sadly, the Bluebird population is in decline following the increase in the number of House Sparrows over the years. The aggressive and adaptable sparrow multiplied rapidly and soon became the most abundant bird in Bermuda. The sparrow displaced bluebirds from the eaves of houses and soon began taking over the cliff holes and hollow of the cedar trees as well.

Amongst other things, pesticides, the decline of habitat, other pest birds, rats, lizards, feral cats and mites play a part in the decline of the bluebird in Bermuda.  The Bluebird is now completely dependent on nesting boxes for their survival. Most parks and all the golf course have monitored trails. A large number of private homes also have nesting boxes but more are needed.

Back to Main Gallery